The birds-of-paradise are among the most beautiful creatures on earth—and an extraordinary example of evolutionary adaptation. Few have witnessed in the wild, the displays of color, sound, and motion that make these birds so remarkable.

Found only in New Guinea and parts of Australia, the birds-of-paradise are a case study in the evolutionary power of sexual selection. Their fantastic plumes and bizarre courtship displays are a result of millions of years of sexual selection at work in an environment with plentiful food and no natural predators. 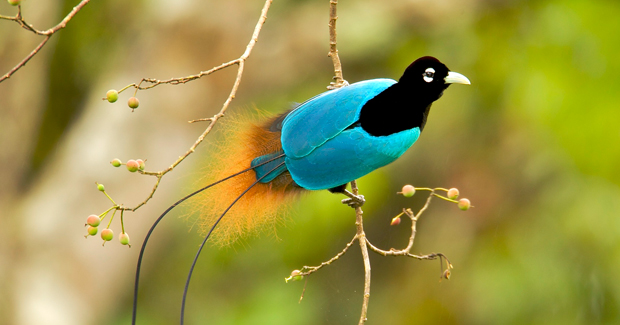 It took 8 years and 18 expeditions to New Guinea, Australia, and nearby islands, but Cornell Lab scientist Ed Scholes and National Geographic photographer Tim Laman succeeded in capturing images of all 39 species in the bird-of-paradise family for the first time ever. This video gives a sense of their monumental undertaking and the spectacular footage that resulted.

Can we accept people for who they are?

What Drives People to take part in the world’s most dangerous race?

The wisdom of a third grade dropout will change your life

Join us in the cockpit flying into Queenstown, New Zealand

Just an ice cube can make your headache disappear