Sometimes what a pilot sees in a day, people won’t see in their lifetimes. We would like to share a breathtaking video which is ethereal, almost like an out-of-body experience! Are you ready?

Captain Sandeep Varma posted the stunning video clip on Twitter, after landing safely at Queenstown Airport on the South Island of New Zealand. 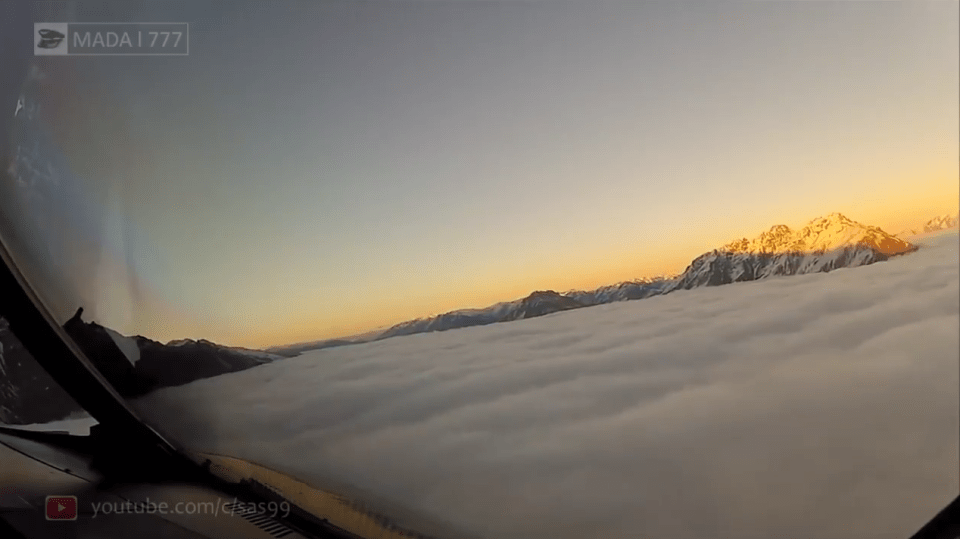 The video shows a clear run through the snow capped mountains, and you float through a never-ending sea of clouds like puffs of cotton. And when a cloud wafts away you see what looks like a surreal heaven with light playing on the clouds. But he hits cloud cover, and it is totally hazy forcing him to rely on the plane’s computer navigation systems.

As he dips beneath the clouds, Captain Varma’s visibility turns white for at least 30 seconds, before he re-emerges from the cover to clear skies ahead of the runway.

You are in for a view of the fantastic landscape. Queenstown is different. The scenery is just breathtaking….unforgettable!

The post received hundreds of comments on the “beautiful” and “surreal” landing,

Witness the Birds-of-Paradise in all its Heavenly glory

Can we accept people for who they are?

What Drives People to take part in the world’s most dangerous race?

Culture Suren Rao - October 21, 2017
This is the story of a curious little boy and his small spiritual journey to meet God. The cute little kid is in the kitchen...

Awesome Videos Suren Rao - October 20, 2017
There is no formula for anything going viral. You don’t know what catches the imagination of the public. Some might say it is due...

Awesome Videos Suren Rao - October 19, 2017
A confident young Frenchman named Tony strode out onto the stage of “America’s Got Talent” and declared that he “wanted to show America my...